The Speculation and Vacancy Tax is Here!

The speculation and vacancy tax is here and there's no way to ignore it, if fact, our new government has made a point to make sure nobody can ignore it unless you don't mind forking over several thousand dollars.
I received my tax letter yesterday. 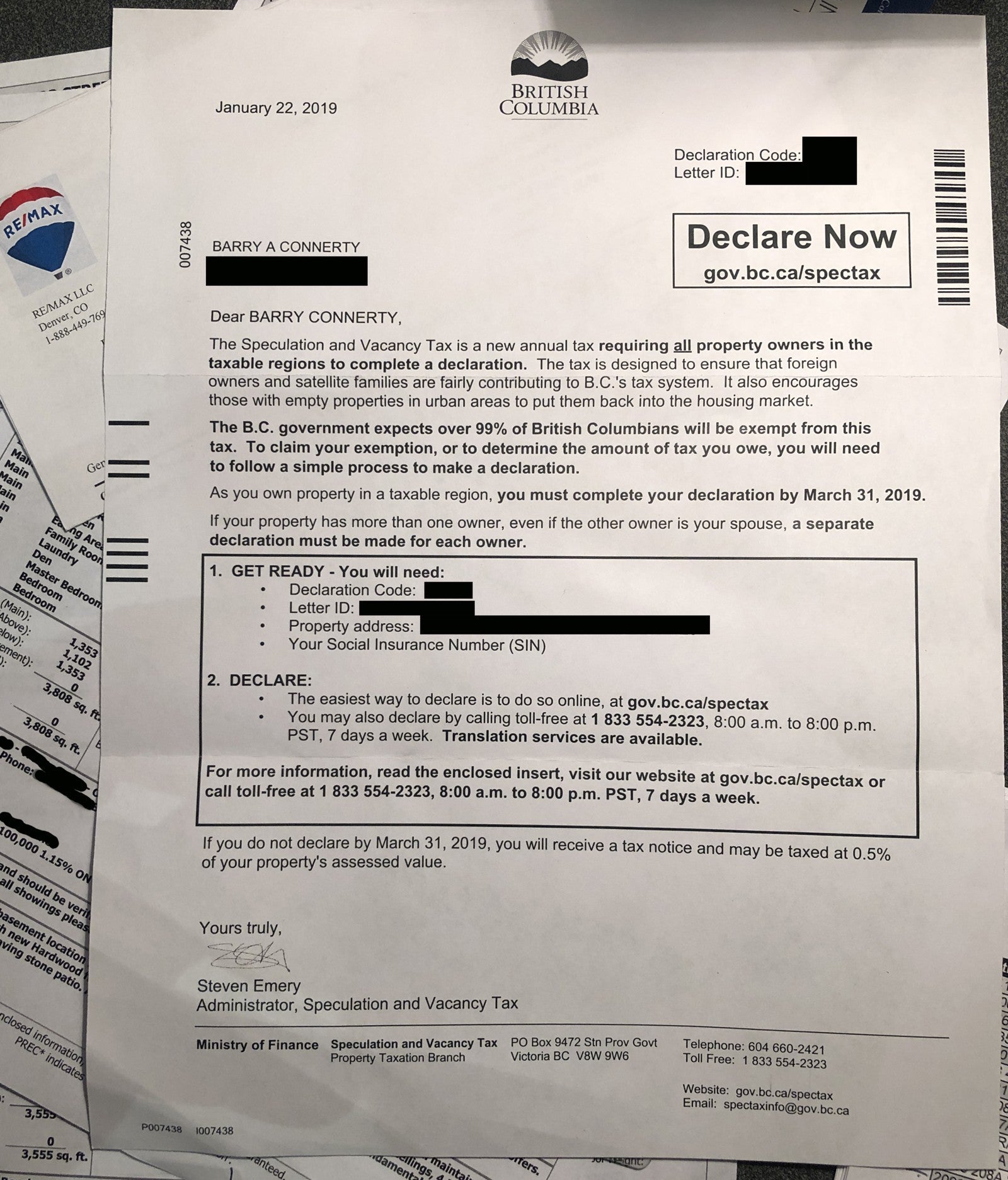 The NDP has initiated this tax with the idea to simplify things but, in what seems like a rookie mistake, they have made things more complex for those who shouldn't be bothered which by their own estimate is 99% of us.   They've done this by making the system a negative style billing system.  That means that they will charge you the tax (yes you!) and it's up to you to opt out.  And you have to opt out before March 31.  Oh, and if you share title with someone else - they have to opt out as well.  So if your spouse or your parents or kids or anyone else is on title with you make sure they sign up, and fill out the correct forms.
The nice thing is that you can do the whole thing online and it's rather quick and easy.  I as able to fill out the whole declaration for both myself and my wife in under 10 minutes.  You can go directly to the declaration page by clicking HERE.  Make sure that you have your letter handy as you'll need the Declaration Code as well as the Letter ID found at the top right hand corner of the letter and also in the centre of the body of the letter.  The Declaration Code is 5 (XXXXX) numbers and the Letter ID is 11 digits beginning with the letter "L" (LXXXXXXXXXX)
This new annual tax is designed to:All owners of residential property in the designated taxable regions of B.C. must complete an annual declaration. Over 99% of British Columbians are estimated to be exempt from the tax.

How to Exempt Yourself To claim your exemption, you must register your property by March 31, 2019 – and it’s easy to do, either by phone or online. The information you’ll need to register your property declaration will be mailed by mid-February to all owners of residential property within the taxable regions. Contact us if you’re expecting a declaration letter from us and haven’t received one by late February.Please note that if your property has more than one owner, even if the other owner is your spouse, a separate declaration must be made for each owner.

How the Tax Will Be Charged If You're Not Exempt