Tandem Parking - What is it and Why Should You Care About It? 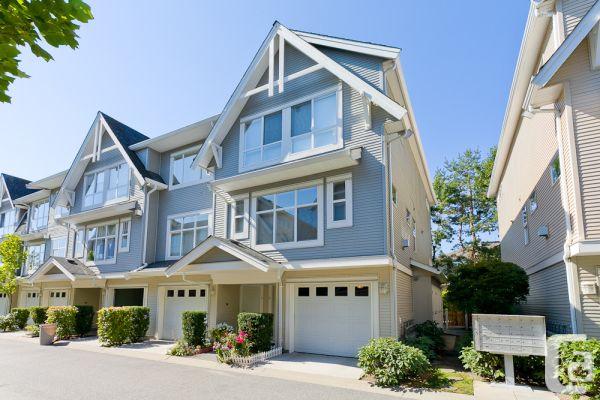 Tandem parking is a term used to describe two parking stalls with one of the spaces placed behind the other causing one space to block the other.   The reason this design is used is to allow for thinner Townhouse units to be built, increasing density and reducing build cost while complying with local zoning bylaws and allowing for increased on-site parking.

Proponents for Tandem Parking argue that affordability is the driver behind the Tandem Parking design.  Thinner units allow for greater flexibility in the design of Townhouse developments.  Developers are able to reduce construction costs as well as to include more units per acre reducing land costs and allowing a supply of more affordable homes.

A study done by the Urban Development Institute - Pacific Region (UDI) in 2013 for the City of Richmond concluded “Tandem parking is needed to reduce the width of units to lower costs.  Narrow units have lower construction costs and are therefore more affordable for home-buyers.”  Narrower units also allow for more units to be built which may also decrease unit per acre costs if obstructions are present such as streams or significant trees.  The UDI study goes on to say "...the average cost of a Richmond townhouse is $400 per square foot (2012) and each additional foot of width increases the unit size by 80 square feet representing an additional cost of $32,000 per unit per foot width."  As per square foot costs increase so too does the affordability issue.

Opponents to Tandem parking have a plethora of complaints to further their case. Many complain that the Tandem configuration is not very convenient and difficult logistically to utilize as envisioned.  Most opponents state that the majority of Tandem parking spaces see the back space converted or re-purposed to either living space or storage.  Others complain the Tandem spaces are not large enough to accommodate a larger vehicle like a SUV or pick-up truck. 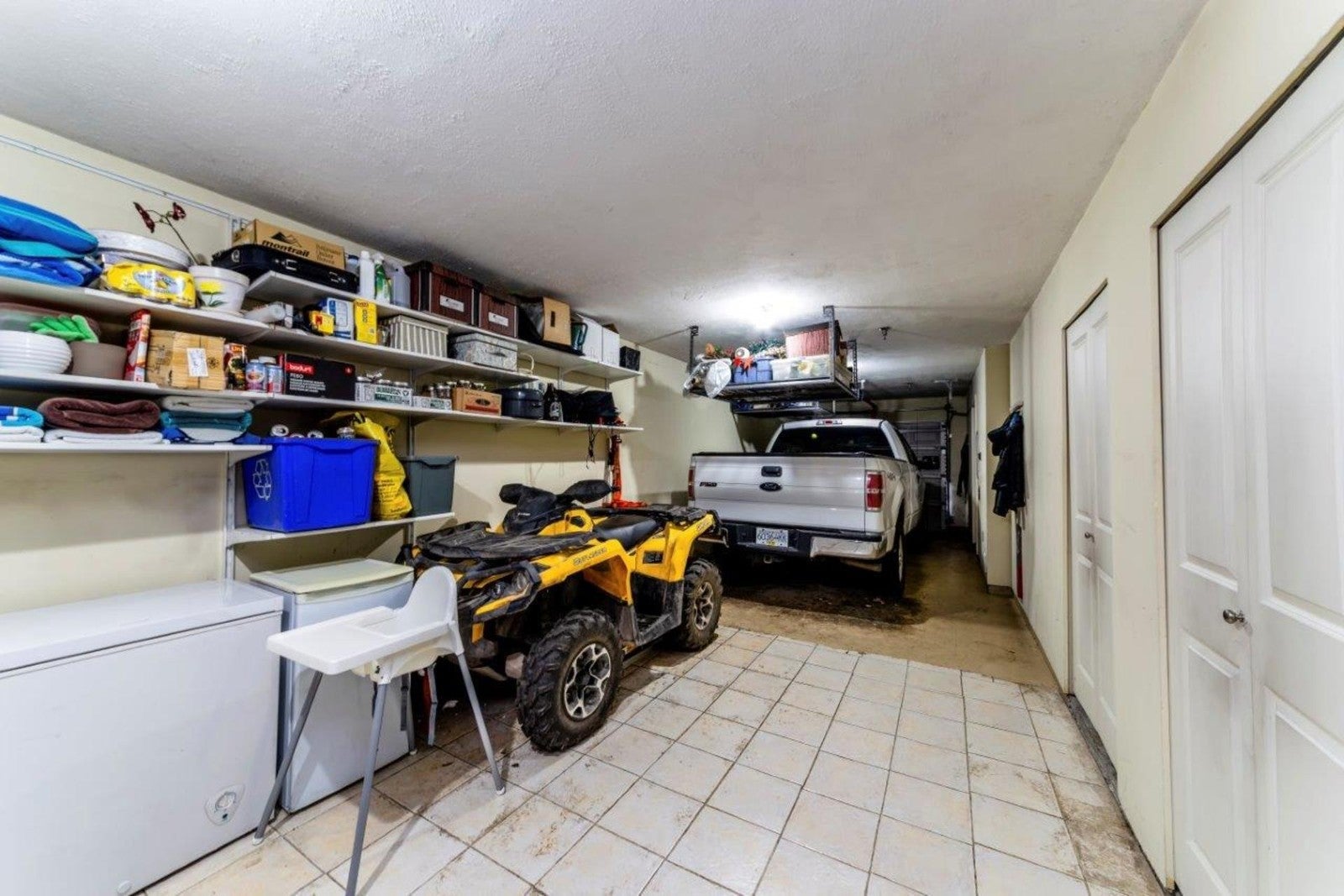 These complaints add to the off-site or street parking issue that often comes up in higher density areas around townhouses.  If homeowners or tenants are not using the Tandem spaces as parking because they are inconvenient or they have been re-purposed or because their vehicle doesn’t fit then, by extension, those people are going to park their vehicle on the street.

Others complain that the thinner - taller townhouse deigns are not accessible for seniors looking to downsize as well as those with disabilities.  Many also complain that tall, skinny units are visually unappealing.

Many cities have already grappled with the Tandem Parking issue and each has come to their own conclusions and solutions.   Some have set the level of allowable Tandem Parking at zero units.  This makes it a requirement for each developer to acquire a variance in order to include a Tandem space in the complex.  Many municipalities have set restrictions ranging from 10% to 50% and others have removed all restrictions on Tandem parking allowing for 100% to be built this way.

Right now the Township of Langley (TOL) has no restriction set in the Bylaws and each complex is looked at individually.  There are very few complexes in the TOL with 100% Tandem parking and most see utilization of this design well under the 50% currently proposed by council.
TOL Staff have recommended a restriction of 50% Tandem Parking be implemented, however, none of the staff were able to give any reason for this specific restriction when asked by Councilor Woodward on Monday’s council meeting.   Staff cited 5 municipalities with varying levels of restrictions in the region as test cases, however, they did not give any reasons as to why those 5 were chosen over the many other possible choices nor did they offer any insight as to whether those restrictions were having an impact, good or bad.

Councilor Woodward asked for an amendment to the bylaw reducing the allowable Tandem Spaces to 15 percent and asked to increase minimum parking for the total complex to 2.5 spaces per unit.  This amendment was quickly defeated.

Councilor Richter stated that she did not support 50% and believed that too high.   Richter went on to say that we should take a lower number, around 10%, to public hearing.  This would force developers to come up with reasons why more is better instead of forcing residents to explain why 50% is too high.

“I don’t think anyone is delighted with the idea of tandem parking, but there are some balancing considerations,” said Councilor Arnason.
Councilor Long was opposed to any restrictions, “I have no problem whatsoever with tandem parking,” said Long.  Further, Long stated that he believed developers would be better to make the decision of what style parking to provide based on market conditions.  Long brought up affordability as a reason to allow more Tandem Parking.  Long also said that he didn't believe Tandem Parking was an inferior product to side-by-side.

Councilor Whitmarsh said that he would prefer to ask the public via a public hearing before he made a final determination.

I personally don’t like Tandem parking.  Most, if not all buyers will only except Tandem Parking reluctantly.   The reality is that Tandem Parking is just a way for developers to comply with the mandated parking minimums with the full knowledge that most Tandem spots will be converted to other uses and not utilized for cars.  Many developers will build the back space with a window and closet so that when a wall is erected it quickly becomes a bedroom.

"If we keep pretending that Tandem Parking is a viable solution then developers are not likely to come up with anything better - why would they bother?"

I’m all for more affordable housing and for flexibility to developers to come up with solutions.  The problem with Tandem Parking is that it does not solve the parking problem and actually creates more problems.  If you design a complex with the idea that everyone is going to use their parking as designed then you ignore the fact that most people are not going to comply.
If 50% of the houses are built with Tandem parking and then the streets are not designed to handle all those cars parked on the road you end up with a real problem.  We need bylaws that account for the reality we live in and not some theory that never plays out.  Parking is going to keep being a problem as long as Council wants to keep their heads buried in the sand.   If you want to find out if Tandem Parking works just go ask people who own it right now.  I have and they don’t like it, they put up with it but it doesn’t work well.  If we keep pretending that Tandem Parking is a viable solution then developers are not likely to come up with anything better - why would they bother?
On the affordability issue, it is true that units with Tandem Parking do tend to sell for less money.  They also take significantly longer to sell.  Two units in the same complex, one with Tandem Parking and the other with side-by-side parking will have very different price tags.   This is not because of square footage alone and I don't believe you are going to solve the housing affordability issue we are facing by building less desirable homes.  This would be similar to trying to solve world hunger by making food that doesn't taste good.
I say put a significant restriction in place - say 10% to 15%.  This allows for some flexibility for developers while creating some incentive for them to come up with new innovations.  Anything less is just lip service.  Implementing a 50% restriction will not solve any parking issues, will most likely create an escalation to the existing problems and will do nothing to create an actual solution.
If you have a questions or comments please give me a call, text or email.  I'd love to discuss this or any Real Estate issue with you.
604-813-5130
barry@connerty.ca