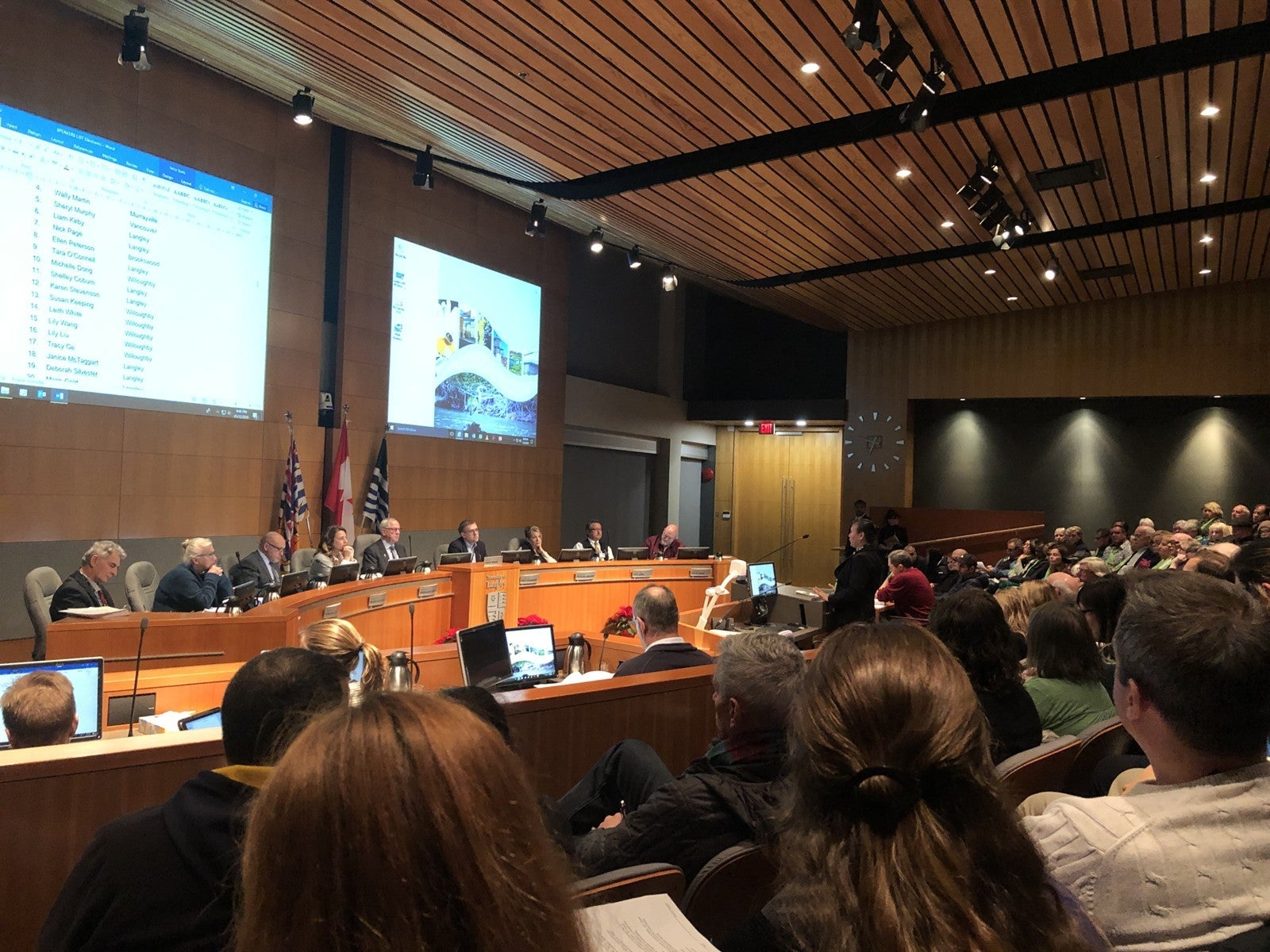 Last night I attended the public hearing at the Township of Langley (TOL) municipal hall regarding the supportive housing proposal in the old Quality Inn building beside Home Depot to be run by Stepping Stone and owned by B.C. housing.
In a purely practical sense the township council is simply voting on whether or not the zoning should be changed to allow for an institutional zoning instead of commercial. By extension though the council is voting on whether or not to support the initiative.

The site was previously a hotel so in essence there will be no more beds available then before and most likely less car traffic as the new residents are not likely to own cars.  The new occupants will, however, have a whole new set of challenges for the neighbourhood. For this reason the  re-zoning is controversial and is receiving a significant amount of push back from many of the residents who own homes close by. 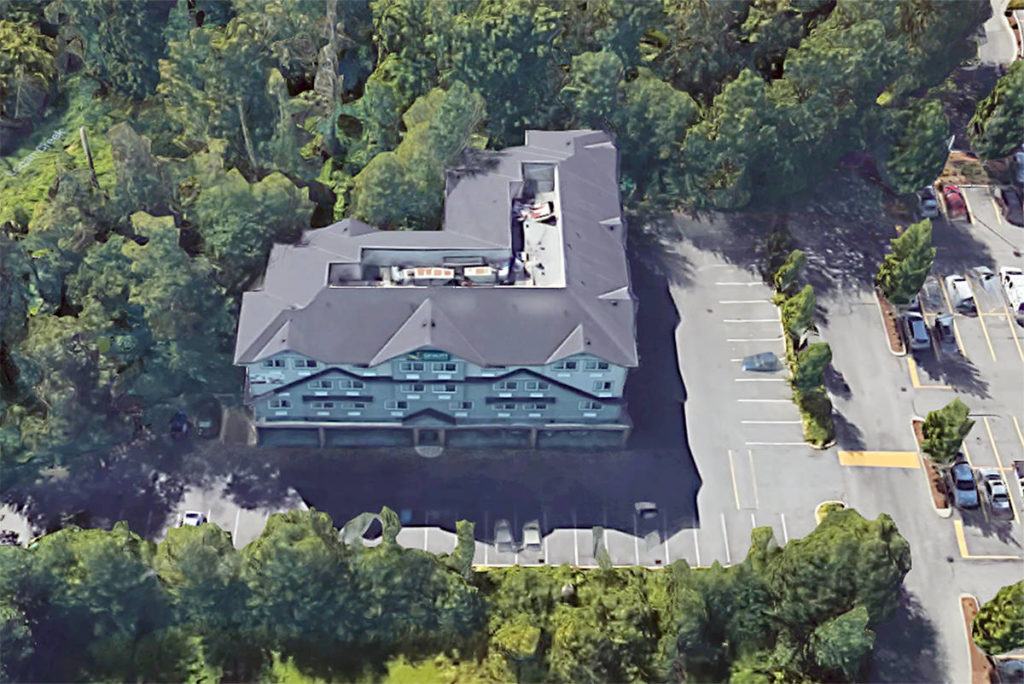 I went into the meeting with a fair amount of Background on the project. It will be converted to 49 residences to house folks who would otherwise be homeless or in danger of being homeless. All occupants must be 19 years or older. They will be charged rent but the rent will be scaled based on their ability to pay and they will not be monitored with regards to drug use in fact drug use will be allowed as far as I’m aware.  The project will be run by Stepping Stone which runs several low barrier homes like this one and will be funded by the province through B.C. housing.

My initial thoughts going in were
1. This is a done deal and the public hearing is mainly a formality.
2. I don't think that a municipal government has much power to affect the homelessness issue and      the issue is better served by higher levels of government.
3. Overall this is a pretty good looking initiative and will likely have some problems but the           benefits should outweigh any negatives.

I did go into the meeting with these preconceptions but also with a genuine open mind to hear all sides and to see what if any role a municipal government has in regards to this issue.

The proponents all had good summaries of the benefits of this type of project. There are lots of studies that show the upside. Supplying housing is a basic necessity and can significantly improve the likelihood of success for someone trying to start a new life, kick drugs or deal with mental illness.  This project also includes many support streams as well as 24/7 on-site staff to monitor and assist occupants to ensure a safe environment.

This all sounds great on paper and, as many also pointed out, the reality is with these projects, like all projects,  along with success come some failures and these failures can have a significant and lasting impact on the community affected and therefore need to dealt with in a proactive nature instead of reactive format to minimize the potential negative impacts to the community.

Many got up and spoke about the potential harm that can come from placing 49 potentially drug addicted people in a family oriented neighbourhood. Crime, drugs, violence all are potential downsides to a failing project of this makeup.  Most opponents had an underlying fear that the project would not be properly maintained and the new occupants would bring to the neighbourhood a slough of problems that would inevitably be ignored by police and government.  Some opponents supplied studies, as well, that pointed out potential negatives.  Not all programs produce success and further many noted that there is no criteria laid out to monitor success or failure at all.  In this light it would be hard if not impossible to, in the future, alter the structure of the project if there is no way to tell if it’s working or failing.

In the end I was able to form an opinion based on all the input from all sides. I believe that this is a good project for the community and is a necessary piece ( and only 1 piece ) of the larger puzzle of solving the homelessness issue. I think that the site is not perfect - it has flaws that have a potential of causing significant issues to the neighbourhood -  but I also believe that perfection can often be the enemy of success. For this reason I think the township should proceed or allow the project to proceed but it is imperative to proceed acknowledging the imperfections of the site and supplying the resources needed to mitigate the potential failings. 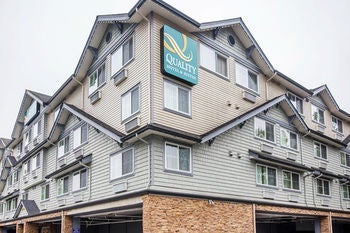 This project has a huge potential to be successful and can be a great initiative that helps many along the way and benefits the community as a whole.  It could also fail and have many negative impacts if it is not properly resourced.   My understanding and I believe the fear that most opponents have is that the organization that runs this project is too limited in scope to deal with the inherent flaws due to the location of the facility as well as the off site issues that will inevitably come up. It is  for this reason that, if passed and allowed to proceed by council, the municipality has a responsibility to step in at this level and ensure that the necessary resources are in place to overcome the shortcomings of the facility to ensure the success of this project and the safety of the community.
In order to receive a Free home valuation, a user must first complete the above form. During registration a user is required to give certain information (such as name and email address). This information is used to contact you about the products/services on our site in which you have expressed interest. At your option, you may also provide demographic information (such as gender or age) about yourself, but it is not required.